Building a business: "I did it my way" by Ameena Saiyid 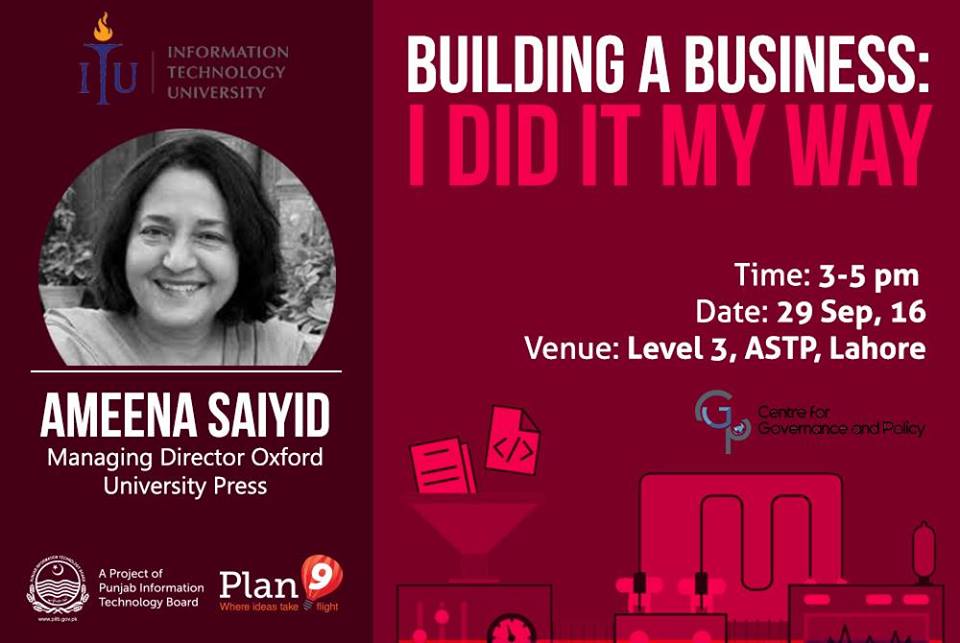 Plan9 in collaboration with Information Technology University (ITU) brings to you a chance to learn from the best. Join us for a session with Ameena Saiyid, Managing Director of Oxford University Press.Ameena Saiyid will be sharing her experiences as to how she became the woman she is today by working on her own terms. She is the managing director of Oxford University Press (OUP) in Pakistan.She is the literal personification of success and learn from her that how she paved her path towards success.

Ameena Saiyid OBE is the current managing director of Oxford University Press (OUP) in Pakistan. She became the head of OUP Pakistan in 1988, becoming the first woman to ever head a multinational company in Pakistan. In 2005, she became the first Pakistani woman to be awarded the Order of the British Empire for her services to women’s rights, education, and intellectual property rights in Pakistan, and to Anglo-Pakistan relations. She is also the founder of the Karachi Literature Festival. In February 2013, she was conferred the prestigious French award of Knight of the Order of Arts and Letters for her work in promoting literary culture.