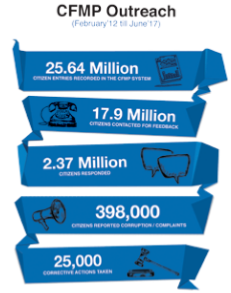 The Citizen Feedback Monitoring Program (CFMP) is an initiative that proactively reaches out to citizens who avail public services to collect their feedback regarding their experience of service delivery. The feedback collected is analysed to identify problematic areas and assist relevant officials in taking evidence-based corrective measures. Initiated by the PITB in 2012, the project in its initial phase covered only a handful of services in just six districts of Punjab. It has now evolved into a province-wide program, covering 26 services in all 36 districts. The program’s main aim is to identify problematic areas, curb petty corruption in service delivery and facilitate government officials in taking evidence-based corrective measures. For achieving its aims, CFMP analyses citizen feedback to identify trends and patterns in service delivery, as opposed to redressing individual complaints.

To solicit citizen feedback, CFMP reaches out to citizens who have availed any of the public services covered by the CFMP monitoring net via robotic calls and SMS. The Implementation and Coordination (I&C) Wing of the Punjab Government acts as a bridge between the PITB and the provincial bureaucracy to ensure efficacy of the program. Regular meetings are held at the Punjab Secretariat, organized by the Secretary I&C and chaired by the Chief Secretary, to review the performance of all the districts. In addition, the CFMP team also generates monthly district-wise and service-wise performance reports to assist relevant government officials. 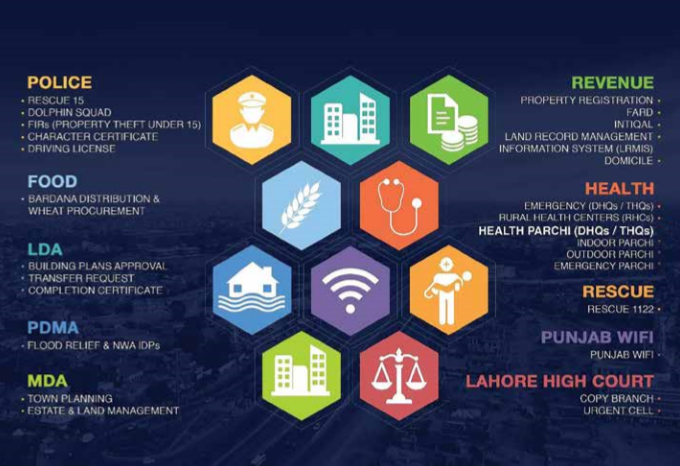 Evidence shows that CFMP has made a significant impact in health service delivery. Corrective actions taken on the basis of citizen feedback collected via CFMP have led to a marked improvement in the dispensation of medicines at all DHQ and THQ hospitals acr oss Punjab, from 46% in October 2015 to 83% in June 2017.

The programme has served to enhance the government’s credibility and to bridge the trust deficit between citizens and the state. It has also contributed towards empowering citizens and ensuring their active participation in government reforms. The sophisticated monitoring and tracking system introduced by CFMP has increased the efficiency of government service delivery, leading to improved citizen engagement and satisfaction. CFMP was cited in the World Bank’s World Development Report 2016 as an example of successful global citizen feedback gathering mechanisms.