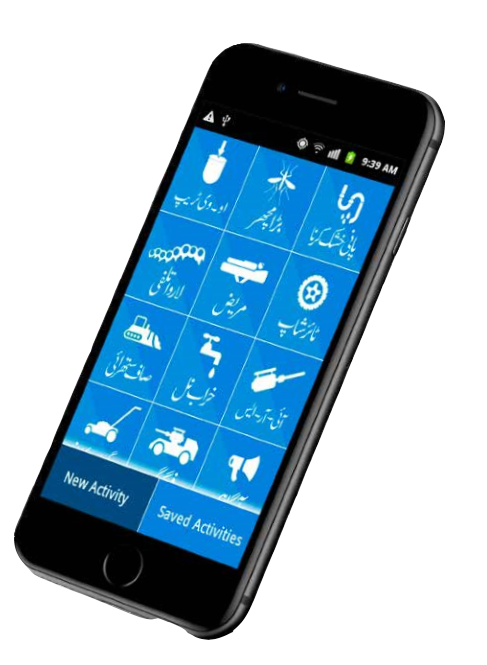 Dengue Fever, a hitherto unknown disease, struck Pakistan in the last quarter of 2011. The province of the Punjab was the worst affected. The epidemic affected more than 21,000 people and resulted in over 300 deaths. To prevent another outbreak, the PITB developed an android mobile application for real-time information on larvae prevention, detection and public hygiene activities. With these applications, field officials could take geo-tagged photographs of designated areas for dengue surveillance. They were asked to identify larvae breeding hotspots and remove them. They were asked to submit two photographs as part of this process, showing the situation “before” and “after” action was taken.

The data stream submitted through the android based mobile application would be plotted on Google maps in real time as the mobile application captured latitude and longitude along with the photographs. An alert generating solution that looked at key variables like positive larvae presence, humidity and temperature was developed to generate warnings proactively and disseminate vital information to all stakeholders. Patient tagging was also carried out through the mobile application. The system has been operational in more than 25 government departments and across 36 districts as well as the ICT & CDA (Federal Government) since 2012.