e-Challan and e-Test in Punjab 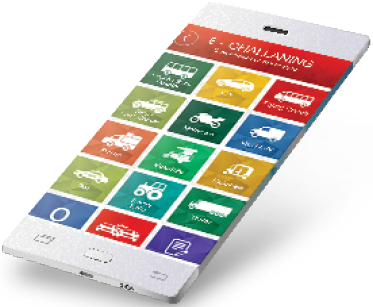 There is no regime of challan in whole of the Punjab. Even today all challans are paper based with almost no record. With computerization of driving licenses, there is a dire need to automate the system of issuing challans and to introduce the point system as practiced in the rest of the world. In the current evaluation and testing system for a driving license, one of the major problems faced was that an applicant with a learner’s permit is allowed to drive and there is no accurate mechanism for the traffic police to test whether the applicant is eligible for a permanent license. Currently, there is no proper criteria of testing for issuance of a permanent license which is the biggest challenge faced by the department. In the present regime, an applicant must have a valid learner permit for a minimum of 42 days. After this period an applicant is eligible to sit for a paper-based test. The current driving assessment is not enforced and still many of the applicants can get a permanent license without giving this test. There are more chances of corruption in the current system where either an applicant can bribe an official or even skip the testing phase.

“Traffic Violation Reporting System” (e-challan) is an Android-based mobile application that helps the Traffic Police in verifying the license status of a person who has violated the traffic laws and issuing traffic violation tickets on the spot. Information related to the license holder is retrieved using the android-based application along with other related details. Furthermore, it will resolve the issue of fake licenses, which are being used by individuals, and making the department more equipped to enforce rule of law. Data collected via Android application can later be used for different statistical analysis, decision-making and improvements. The project will also help improve the quality of driving, create awareness regarding driving problems, improve traffic standards and effective traffic control on roads, and help decrease the accident ratio. The project objectives are also aligned with the government’s efforts to curb the menace of corruption from public offices and make the service delivery mechanism easy and transparent. On the other hand, IT enabled traffic officials will be able to provide more efficient services to citizens, whereas, it will also help the government to strengthen its initiatives to expand its revenue base by plugging the loopholes in the system. Thus, implementation of this project is expected to lead to a significant increase in revenue collection by traffic police in the shape of traffic challans. 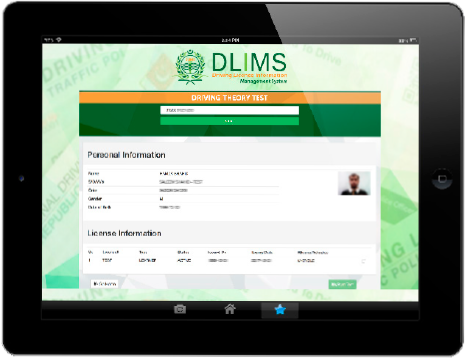 The traffic department is constantly trying to make their selection criteria more transparent and efficient but there are still a lot of loop holes present in the current process. The department is making sure that the information of every issued license is stored on a centralised database, where no record can be tampered and no fake licenses are issued in back dates. To make the system and procedures more effective, an enforced e-testing environment shall be introduced. With the help of the new proposed system, the department will be able to inculcate road safety and control traffic more efficiently and increase its annual revenue collection. This procedure of e-testing will be implemented and made mandatory before the issuance of a permanent license, where an official will only issue license to those individuals who have successfully gone through this testing process. The module is an addition to the current DLIMS system and will be integrated with the e-Challan system. This will enable the traffic department to produce more traffic literate individuals, minimise the number of traffic violations and accidents and enable effective supervision of traffic by the traffic wardens.