Wednesday, May 20, 2015
One of the most disastrous catastrophes in the world is the floods of Pakistan. This isn’t merely due to lack of facility or human resource, but due to the complicated geography of the country. In its journal printed in September 2014 WHO stated, “The flash floods in Pakistan have caused 346 deaths and 620 people have been injured. More than 55 200 houses have been damaged or destroyed; total 3 million people are estimated to be affected. Stagnant water in the affected areas may cause severe health issues along with dengue and water borne diseases. 74 health facilities are affected, but 326 mobile medial teams and 327 medical camps are operational. The worst affected areas are Punjab, Gilgit Baltistan, Kashmir and Jammu.” This is the situation every year when flood hit Pakistan. Heavy spells of rain result in high levels of Rivers Indus, Chenab and Jhelum causing flash floods that affect surrounding districts drastically. Floods moving towards the southern region of the province cause water borne diseases in villages and town leading to health and medical issues that further causes issues for the government and flood relief organisations to handle.

One of the most crucial issues that the government has had till the recent past was keeping up-to-date with the progress on flood relief development and work. To counter this issue, Punjab Information Technology Board (PITB) has developed a real time flood monitoring dashboard through the use of information technology. “This system helps keep a track of the latest flood development while keeping in loop all the concerned departments. Additionally, it further assists in managing the disaster in the shortest possible time span,” said a source at PITB.

The dashboard by PITB is updated with a disaster bulletin on hourly basis by PITB and concerned departments during the flood season. The bulletin has helped reveal the most recent flood stories by giving details about the flood affected areas, the injuries and the death toll. Flood Monitoring System has proved to be of great benefit to the government and flood relief organisations especially since it also highlights the development at the water works (be it the normal water flow or on an alert) along with situation of the roads. The Inundation Map in the system reveals the overall flood hit areas. Through this the government has been able to take real time relief and evacuation measures, hence, minimizing the possible chaos in such disastrous circumstances. 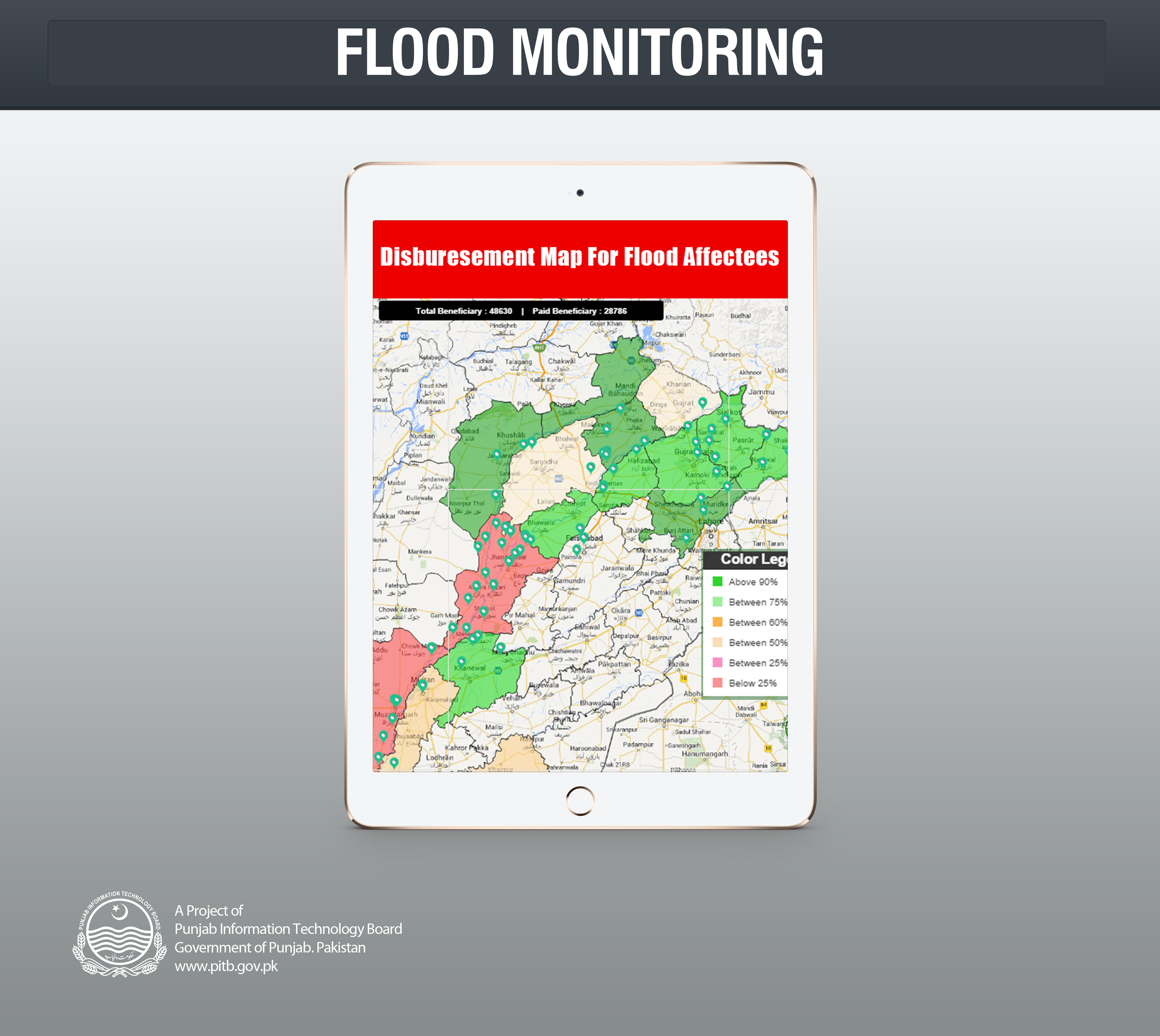