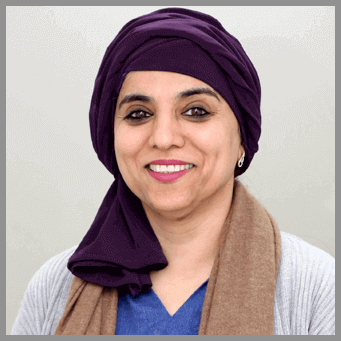 Saima Shaikh, a Master’s in Computer Science from Lahore University of Management Sciences (LUMS), holds a diverse working experience of 18 plus years in corporate, education and government sector. She embarked upon her professional career as an entrepreneur laying the foundation of LumenSoft Technologies. Later she diverted towards academia and headed the Computer Science Department of Kinnaird College for Women. During her strong academic career, she also worked as an Adjunct Faculty at LUMS. Further, she has been conducting workshops on ICT and e-Governance with Senior Civil Servants since 2001.

In 2010, Ms. Shaikh joined Punjab IT Board and since then she has led some key projects of Government of The Punjab. Refining and Streamlining Online Web Presence of Punjab Government Departments, Punjab Law Portal, numerous development projects of Punjab and various IT trainings, conferences & workshops are some major achievements to her credit.

During her tenure at Punjab IT Board, she has utilized her expertise in expanding the ICT interventions of different Provincial and Federal Departments through Business Development, Business Process Reengineering (BPR), Digitization & Automation in Government to Citizen (G2C) and Government to Business (G2B).

Notably, Hajj Management System is applauded across the country and is being adopted internationally as well. Additionally, because of her commendable efforts and devotion in Ease of Doing Business, Pakistan’s global ranking in ‘Starting a Business’ has improved to 108 in 2019 from 147 in 2017.