It's our world, let’s take charge of it!

Often we know the milk shop where chemicals-mixed milk is sold. We know the butcher who sells the substandard meat and the vendor who overcharges for vegetables. We know about the encroachments in our street. We also observe late night marriage functions. We know about a petrol pump supplying oil at old prices while the government has lowered the rate. Every day, we see such violations around us and feel helpless about them. How can, then, we play our part and lead the change we want to see around being a common citizen?

Zimmedar Shehri (Responsible Citizen) is an initiative inspired from the idea that a single person has the ability to change the world. It devolves power from the government to the common citizens and empowers them to raise their voice against any violation around them, hence making them the in charge of their conditions. It was aimed at improving service delivery, and facilitate citizen engagement by proactively seeking through Complaints, SMS and calls feedback of citizens who see any violation around them.

The project was started from Lahore in 2012 by the City District Government Lahore in collaboration with Punjab Information Technology Board during the tenure of Noor-ul-Amin Mengal, the DCO Lahore. After it received massive response from the citizens, it was expanded to all the other districts of Punjab with the help of district city governments.

The model is as follows: Citizens could register their complaints about Food Adulteration, Over Charging of Food Items, Petrol Prices, Encroachment, Violation of Marriage Function, Wall Chalking, Banner Removing, Sheesha /Guttca, Quality of any Development Work, Sunday Bazaars, and almost any other such violation on helpline. The call center will enter a complaint on the citizen’s phone call. Through an automated system, the complaint reaches the concerned official at Union Council level. Citizens would be informed about their complaints progress and name of the citizen would also be kept confidential. 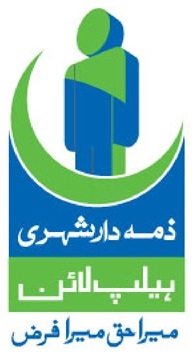 Since majority of Pakistanis have them, mobile phones have been chosen as the tool of communication. A 27/7 helpline (0800-02345) has been established to report issues. The small gadgets in our hands have larger power than we know. So, break the silence, pick up your phone, dial 0800-02345, and play your part of being a Zimmedar Shehri!